We help Land Based Colleges and Universities achieve excellence

We have 36 member Colleges and Universities in England and 3 Members in Wales, Scotland and Northern Ireland. To qualify for membership the provider must deliver significant volumes of education and training in land based occupational areas. Landex was formed in 2006 from its predecessor organisation, Napaeo, which was founded in 1950, and represented the interests of land based Colleges and the industries they served during a period of continuous change and development.

Marcus is the Principal and Chief Executive of Reaseheath College and University Centre, appointed from 1st August 2018. Marcus previously spent nearly four years as Principal at Northumberland College, with another five years as Vice Principal and Head of the Colleges land-based provision at Kirkley Hall. Marcus has a wealth of experience in further education, apprenticeships and higher education partnerships, much of it spent in land-based and rural education. Marcus has represented land-based Colleges on a number of regional and national groups, and currently Chairs the Landex Board. He also sits on the National Land-based College Board and Chairs the Land Based Learning Ltd Board. Marcus is also author of Horse Business Management. Marcus joined the Board on 1st August 2018. He is Principal of the College, a member of the Finance and General Purposes, Quality and Standards, Higher Education and Search and Governance Committees and a member of the Estates Development and Property Group. I look forward to working with the Landex team and Alex Payne, CEO.

Alex has been Chief Executive of Landex ‘Land Based Colleges & Universities Aspiring to Excellence‘ since January 2021. Prior to that, Alex was the Director Of Quality Enhancement at Landex. She has an extensive background in the Land Based sector which has included managing and developing a full range of curriculum including Higher Education, as well as driving and monitoring quality improvement. She has managed a number of specialist land-based centres and associated staff and resources. Her current industry involvement in Agriculture and Equine ensures she is in touch with current developments and challenges within the sector.

Alex brings to the role a significant understanding of land based industries, in addition to her experience as a manager in further education colleges, and more recently with Landex. In her spare time she farms with her husband in Yorkshire.

Alex will also assume responsibility for Landexs activity with Land Based Assessment Ltd. (LBAL), Land Based Learning Ltd. (LBL), and the National Land Based College (NLBC).

‘Lord Boswell is an Oxford classics graduate and has a diploma in agricultural economics: he is a partner in the family farming business near Banbury, and was MP for Daventry from 1987 until 2010.

Tim Boswell MP entered John Major’s government in 1990 as an Assistant Government Whip, and following the 1992 General Election was promoted within the Whip’s Office and became a Lord Commissioner to the Treasury. Later in 1992, Tim Boswell was appointed Parliamentary under Secretary of State at the Department of Education and then moved to a similar role at the Ministry of Agriculture, Fisheries and Food until the 1997 General Election. In opposition he was variously a spokesman at the Treasury, Trade and Industry, and then Education and Employment. He also spent periods as the spokesman for Work and Pensions and Constitutional Affairs before announcing his retirement from the Commons. He was raised to the peerage as Baron Boswell of Aynho in the County of Northamptonshire in 2010′.

‘Baroness Byford of Rothley attended Moulton College as a student and is an honorary graduate of Harper Adams University College: she is an arable farmer in Suffolk and a member of the House of Lords. Lady Byford DBE was the Conservative spokesman for Food, Farming and Rural Affairs from 1997 until 2008, having been made a life peer in 1996.

Lady Byford is a Canon of Leicester Cathedral; President of LEAF; a member of the court and Under Warden of the Worshipful Company of Farmers: a patron of the Women’s Food and Farming Union, and a former patron of the National Farm Attractions Network and the Institute of the Agricultural Secretaries & Administrators. In 2007, she was elected President of the Royal Association of British Dairy Farmers; and in 2008, she received an Honorary DSc from Nottingham Trent University in recognition of her outstanding contribution and commitment to agriculture and rural life

Lord Curry was appointed as a board member of the NFU Mutual Insurance Company in 1997 and was Chairman from June 2003 to December 2011.

He was a founder, of ‘At Home in the Community’ in 1990, a charity providing care and support for people with learning disabilities, and has continued to Chair the company since then. A trustee of Clinton Devon Estates and also Anglican International Developments (AID).

Lord Curry was awarded a CBE for his services to Agriculture in the 1997 New Year’s Honours list, a Knighthood in the Birthday Honours in 2001 and was appointed as a cross bench peer in The House of Lords in October 2011.

Landex operates through an elected Board of Directors, which determines the strategic direction of the organisation, approves the annual budget and operating statement, and monitors performance.

The Directors are elected for a term of 3 years and one third are elected annually at the AGM, which is held in November. The directors are elected to represent Regional or National constituencies as follows: a) National (7 Directors) b) Regional: 1 per Region representing Yorkshire and the North East, Eastern and East Midlands, North West, West Midlands, South West, London and South East. (6 Directors) c) Representative of members in N.Ireland, Scotland & Wales.

In line with the continuing growth in membership, Landex has recently increased its staff to allow closer working relationships with a wide range of other membership organisations, and provide a rapid response to the challenges faced by member colleges and universities. This allows us to help members achieve the highest standards of teaching, learning and student experience. 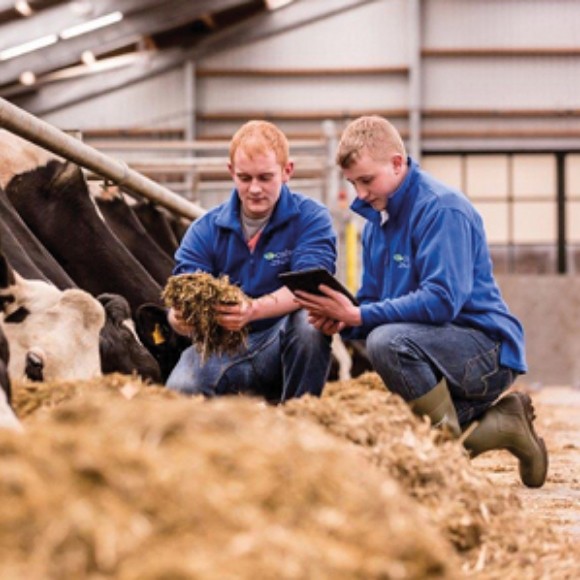 Our activity in key areas of our strategic plan continues, and in particular:

Each year members make significant progress towards our goal, of at least good quality teaching, learning and assessment being delivered in all Landex colleges and universities. Peer review, linked to structured improvement plans, continues to be our main method of effectively sharing good practice and forming shared views of the required standards.

Landex colleges have freely and willingly shared performance data and this has been used to more accurately identify high and less well performing areas in member colleges, and to support action planning for improvement. Landex delivers its quality improvement activity through visits to member institutions by a Landex quality officer accompanied by a senior member of staff from another Landex college. This activity is directed towards:

To further support members, significant volumes of data and case students are collected both nationally and from Landex colleges. Once analysed these provide a range of additional ideas for improvement. Although there were relatively few curriculum level inspections in the last round of inspections, the trend observed in previous inspection rounds, where land based provision was judged consistently higher quality in member colleges, than in the rest of the sector was repeated. This reinforced the pattern that emerged in the
previous Ofsted cycles (between 2001 & 2005 and between 2005 & 2009).

Confidence in college management was expressed in every one of the Landex colleges that received either an ‘Institutional Audit’ (higher education institutions) or an ‘Integrated Quality and Enhancement Review’ (Further Education Colleges with Higher Education provision) of the quality of learning and for the standards of awards that they offer on behalf of awarding bodies.

Under the HER/QAA process introduced in 2013, Landex member Colleges performed on-average much better than the rest of the sector, with the proportion of ‘commended’ judgements being very impressive. There is evidence that land based provision is best where the college places a clear strategic emphasis on offering a range of provision, supported by good and extensive practical resources, together with a commitment to continual quality improvement.

Regular discussions, consultations and considered debate takes place to adapt the Landex Quality Improvement Strategy and develop it in a way which will accelerate improvement towards a position where members entitled to use the Landex logo will be identified with high quality provision in all its manifestations. The ambition being to reflect the strap-line: Land Based Colleges & Universities Aspiring to Excellence.

If you have any questions around our membership or are interested in learning more about our services and events, please get in touch today using our contact form and a member of the Landex team will get back to you within 24 hours (Mon-Fri)

This website uses cookies to improve your experience while you navigate through the website. Out of these, the cookies that are categorized as necessary are stored on your browser as they are essential for the working of basic functionalities of the website. We also use third-party cookies that help us analyze and understand how you use this website. These cookies will be stored in your browser only with your consent. You also have the option to opt-out of these cookies. But opting out of some of these cookies may affect your browsing experience.
Necessary Always Enabled
Necessary cookies are absolutely essential for the website to function properly. These cookies ensure basic functionalities and security features of the website, anonymously.
Functional
Functional cookies help to perform certain functionalities like sharing the content of the website on social media platforms, collect feedbacks, and other third-party features.
Performance
Performance cookies are used to understand and analyze the key performance indexes of the website which helps in delivering a better user experience for the visitors.
Analytics
Analytical cookies are used to understand how visitors interact with the website. These cookies help provide information on metrics the number of visitors, bounce rate, traffic source, etc.
Advertisement
Advertisement cookies are used to provide visitors with relevant ads and marketing campaigns. These cookies track visitors across websites and collect information to provide customized ads.
Others
Other uncategorized cookies are those that are being analyzed and have not been classified into a category as yet.
SAVE & ACCEPT